Why would a patient with a wound spend almost 2 hours a day, 5 days a week, in a locked chamber receiving 100% oxygen? The answer is that medical grade hyperbaric oxygen therapy (HBOT) can be a valuable adjunct therapy for selected types of wounds.
In this article, I’ll focus on hospitals and clinics that follow guidelines from the Undersea & Hyperbaric Medical Society as I give you a brief overview of how HBOT works and its use in wound care. END_OF_DOCUMENT_TOKEN_TO_BE_REPLACED 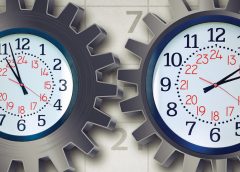 This issue we focus on resources to help clinicians protect themselves from injuries and engage in a healthier lifestyle.

A hospital is one of the most hazardous places to work, according to the Occupational Safety and Health Administration (OSHA). The agency provides a wealth of information on how to protect hospital workers as part of its website Worker Safety in Hospitals: Caring for Our Caregivers. PDF resources include: 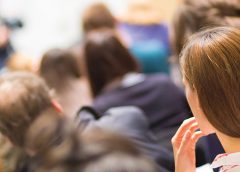 Attending a professional conference can yield many benefits if you follow these 10 tips.

1 Obtain new knowledge. Conferences provide opportunities for clinicians to gain new knowledge about procedures, technology, and research. Take notes and keep handouts for reference. After you return, share what you have learned with colleagues so multiple people benefit from the conference. Remember to complete the necessary information to obtain professional continuing education (CE) credit. 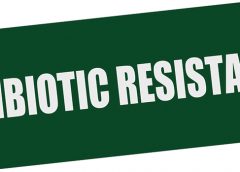 Antibiotic resistance is a pressing public health threat not only in the United States, but worldwide. According to the World Health Organization (WHO), it is one of the major threats to human health.

Despite these concerns, antibiotics continue to be widely used—and overused. In long-term care, for instance, antibiotics are the most frequently prescribed medications, with as many as 70% of residents receiving one or more courses per year. And antibiotics are consistently ordered for suspected pressure ulcer infections.

Here is what clinicians who care for patients with wounds can do to help reduce antibiotic resistance. END_OF_DOCUMENT_TOKEN_TO_BE_REPLACED According to the National Cancer Institute, an estimated 1.6 million new cases of cancer will have been diagnosed in the United States in 2015. During the course of their disease, most cancer patients receive radiation therapy.

Delivering high energy in the form of waves or particles, radiation therapy alters the DNA of cancer cells, causing their death. Radiation can be administered either externally or internally (through materials placed into the body). It’s given in fraction doses, with the total recommended dose divided into daily amounts. Treatment, including the total dose, is determined on an individual basis.

Although improvements have been made in delivery of radiation therapy, approximately 95% of patients who receive it experience a skin reaction. What’s more, radiation therapy commonly is given concurrently with chemotherapy or targeted therapy to improve survival, which increases the toxicity risk. END_OF_DOCUMENT_TOKEN_TO_BE_REPLACED 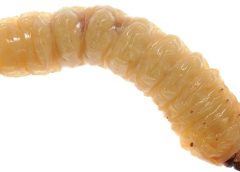 Using maggots to treat wounds dates back to 1931 in this country. Until the advent of antibiotics in the 1940s, maggots were used routinely. In the 1980s, interest in them revived due to the increasing emergence of antibiotic-resistant bacteria.

At Select Specialty Hospital Houston in Texas, we recently decided to try maggot therapy for a patient with a particularly difficult wound. In this case study, we share our experience. END_OF_DOCUMENT_TOKEN_TO_BE_REPLACED As full-thickness wounds heal, they begin to fill in from the bottom upward with granulation tissue. At the same time, wound edges contract and pull together, with movement of epithelial tissue toward the center of the wound (contraction). These epithelial cells, arising from either the wound margins or residual dermal epithelial appendages within the wound bed, begin to migrate in leapfrog or train fashion across the wound bed. Horizontal movement stops when cells meet (contact inhibition). The ideal wound edge is attached to and flush with the wound bed, moist and open with the epithelial rim thin, and pale pink to translucent. END_OF_DOCUMENT_TOKEN_TO_BE_REPLACED 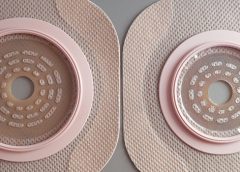 For an ostomy pouching system to adhere properly, the skin around the stoma must be dry and intact. Otherwise, peristomal skin problems and skin breakdown around the stoma may occur. In fact, these problems are the most common complications of surgical stomas. They can worsen the patient’s pain and discomfort, diminish quality of life, delay rehabilitation, increase use of ostomy supplies, and raise healthcare costs.

Peristomal skin problems also perpetuate a vicious cycle in ostomy patients: They impair adhesion of the pouching system, which in turn exacerbates the skin problem. That’s why maintaining peristomal skin integrity and addressing skin problems promptly are so crucial. END_OF_DOCUMENT_TOKEN_TO_BE_REPLACED “The application of a moldable skin barrier in the self-care of elderly ostomy patients” included 104 patients ages 65 to 79 who had a colostomy because of colorectal cancer.

END_OF_DOCUMENT_TOKEN_TO_BE_REPLACED 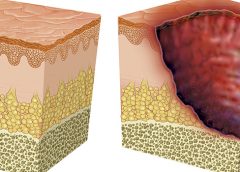 Just when we think we’ve figured out pressure ulcer staging, it changes again. In April 2016, the National Pressure Ulcer Advisory Panel (NPUAP) held a consensus conference on staging definitions and terminology. The purpose: to analyze and discuss the rationale for the panel’s changes. One of the key changes is replacing the term “pressure ulcer” with “pressure injury.” So instead of calling it a pressure ulcer staging system, NPUAP will refer to it as a pressure injury staging system. The panel explained that the new terminology “more accurately describes pressure injuries to both intact and ulcerated skin.” Other changes include: END_OF_DOCUMENT_TOKEN_TO_BE_REPLACED

Every year, 1.9% of patients with diabetes develop foot ulcers. Of those, 15% to 20% undergo an amputation within 5 years of ulcer onset. During their lifetimes, an estimated 25% of diabetic patients develop a foot ulcer. This article discusses use of hyperbaric oxygen therapy (HBOT) in treating diabetic foot ulcers, presenting several case studies.
HBOT involves intermittent administration of 100% oxygen inhaled at a pressure greater than sea level. It may be given in a:
• multi-place chamber (used to treat multiple patients at the same time), compressed to depth by air as the patient breathes 100% oxygen through a face mask or hood END_OF_DOCUMENT_TOKEN_TO_BE_REPLACED