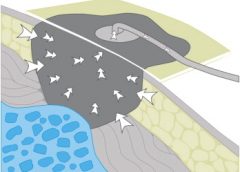 Since its introduction almost 20 years ago, negative-pressure wound therapy (NPWT) has become a leading technology in the care and management of acute, chronic, dehisced, traumatic wounds; pressure ulcers; diabetic ulcers; orthopedic trauma; skin flaps; and grafts. NPWT applies controlled suction to a wound using a suction pump that delivers intermittent, continuous, or variable negative pressure evenly through a wound filler (foam or gauze). Drainage tubing adheres to an occlusive transparent dressing; drainage is removed through the tubing into a collection canister. NWPT increases local vascularity and oxygenation of the wound bed and reduces edema by removing wound fluid, exudate, and bacteria. END_OF_DOCUMENT_TOKEN_TO_BE_REPLACED 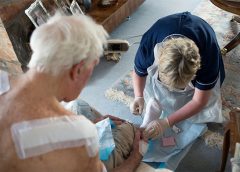 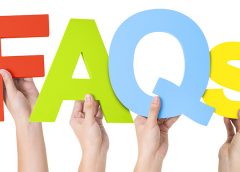 Support surfaces are consistently recommended for the prevention and treatment of pressure ulcers. So patients can derive optimal benefits from support surfaces, clinicians must understand how to use them effectively. This article answers several questions about these useful tools. END_OF_DOCUMENT_TOKEN_TO_BE_REPLACED 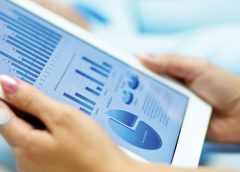 Value of systematic reviews and meta-analyses in wound care

The authors of the article explain evidence-based practice and provide useful definitions for key terms. They then provide a list of eight questions to use when evaluating SRs and practical tips such as how to search for SR and MA studies. The article finishes with a list of eight inter­ventions supported by the most evidence: hydro­colloidal dressings, honey, biosynthetic dressings, iodine complexes, silver compounds, hydrogels, foam dressings, and negative pressure wound therapy. END_OF_DOCUMENT_TOKEN_TO_BE_REPLACED 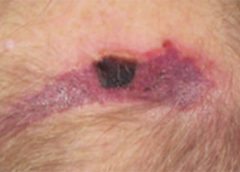 Pressure ulcers are a chronic healthcare burden for both patients and pro­viders. Over 2.5 million patients in the United States are affected annually by pressure ulcers, with nearly 60,000 of those cases directly resulting in death. From a provider’s perspective, the cost of individual care ranges anywhere from $500 to $70,000 per pressure ulcer, which translates to annual costs in the U.S. approaching $11 billion. END_OF_DOCUMENT_TOKEN_TO_BE_REPLACED

The challenge of preventing pressure ulcers is won through our frontline staff—the patient’s caregivers. Caregivers deliver most of the pressure ulcer preventive interventions, such as turning and repositioning, floating the heels, and managing incontinence. That’s why it’s imperative to communicate the patient’s plan of care directly to the caregivers. END_OF_DOCUMENT_TOKEN_TO_BE_REPLACED

The new method, which avoids an invasive bone biopsy, has a sensitivity of 88% and a specificity of 93.6%. In the study of 55 patients, antibiotic treatment was avoided in 55% of suspected cases.

MRSA strains will likely continue to coexist in hospitals and communities

The strains of methicillin-resistant Staphylococcus aureus (MRSA) differ in the hospital and community settings, and both are likely to coexist in the future, according to a study in PLOS Pathogens.

“Hospital-community interactions foster coexistence between methicillin-resistant strains of Staphylococcus aureus” notes that previously it was thought that the more invasive community strains would become more prevalent (and even eliminate) hospital strains. This new information could have significant consequences for public health because of the differences in the resistance of the two strains.

Despite increasing activities to prevent the spread of Clostridium difficile, infection from C. difficile remains a problem in healthcare facilities, according to a survey of infection preventionists by the Association for Professionals in Infection Control and Epidemiology (APIC).

The survey found that 70% of preventionists have adopted additional interventions in their healthcare facilities since March 2010, but only 42% have seen a decline in C. difficile infection rates; 43% saw no decline.

A total of 1,087 APIC members completed the survey in January 2013. The survey also found that more than 92% of respondents have increased emphasis on environmental cleaning and equipment decontamination practices, but 64% said they rely on observation, rather than more accurate and reliable monitoring technologies, to assess cleaning effectiveness.

In addition, 60% of respondents have antimicrobial stewardship programs at their facilities, compared with 52% in 2010. Such programs promote the appropriate use of antibiotics, which can help reduce the risk of C. difficile infection.

According to the Centers for Disease Control and Prevention, diarrhea caused by C. difficile is linked to 14,000 American deaths each year.

Mast cells may not play significant role in wound healing

“Evidence that mast cells are not required for healing of splinted cutaneous excisional wounds in mice,” published in PLOS One, analyzed wound healing in three types of genetically mast-deficient mice and found they reepithelialized their wounds at rates similar to control mice. At the time of closure, the researchers found that scars in all the mice groups were similar in both “quality of collagen deposition and maturity of collagen fibers.” The findings fail to support the previously held belief that mast cells are important in wound healing.

Nonremovable casts that relieve pressure are more effective than removable casts or dressings alone for the treatment of plantar foot ulcers caused by diabetes, according to an analysis of clinical trials.

The study also notes that when combined with Achilles tendon lengthening, nonremovable devices were more successful in one forefoot ulcer study than the use of a nonremovable cast alone.

Most studies were from the United States (five) and Italy (five), with Germany, the Netherlands, Australia, and India each contributing one study.

Prescriber preference drives use of antibiotics in long-term care

The study of 66,901 patients from 630 long-term care facilities found that 77.8%
received a course of antibiotics. The most common length (41%) was 7 days, but the length exceeded 7 days in 44.9% of patients. Patient characteristics were similar among short-, average-, and long-duration prescribers.

Electrophysical therapy may be helpful for diabetic foot ulcers

The authors of the study in International Wound Journal reviewed eight trials with a combined total of 325 patients. Five studies were on electrical stimulation, two on phototherapy, and one on ultrasound. Because of the small number of trials, the possibility of harmful effects can’t be ruled out, and the authors recommend “high-quality trials with larger sample sizes.”

The study in Journal of Diabetes and Its Complications found that higher spending wasn’t associated with a significant reduction in 1-year patient mortality. In addition, rates of hospital admission were associated with higher per capita spending and higher mortality rates for patients.

An individualized, home-based progressive resistance exercise program improves upper-limb volume and circumference and quality of life in postmastectomy patients with lymphedema, according to a study published in the Journal of Rehabilitation Research and Development.

“Effect of home-based exercise program on lymphedema and quality of life in female postmastectomy patients: Pre-post intervention study” included 32 women who participated in an 8-week program. The women received education about the program and an initial training session from a physiotherapist. They practiced the exercise sequence and received a program and logbook once their performance was satisfactory. Patients were told to increase weight only when two sets of 15 repetitions became easy to perform.

Here are resources that can help you in your busy clinical practice by giving you information quickly.

The International Affairs & Best Practice Guidelines has released “Assessment and Management of Foot Ulcers for People with Diabetes, Second Edition,” published by the Registered Nurses’ Association of Ontario.

The guidelines include recommendations for practice, education, policy, and future resource. Strategies for implementation are given, as well as several useful appendices, such as:

PREPARE is a useful and patient-friendly website designed to help prepare people to make complex medical decisions. The website was developed by clinical researchers from the San Francisco VA Medical Center; the University of California, San Francisco; and NCIRE—The Veterans Health Research Institute.

PREPARE uses videos to provide concrete examples of how to identify what is most important in life; how to communicate that with family, friends, and doctors; and how to make informed medical decisions when the time comes. Users can also download a PDF of a PREPARE pamphlet.

Download two free implementation guides for infection prevention from the Association for Professionals in Infection Control and Epidemiology (APIC):

This revised guide contains strategies for prevention, considerations for specific patient populations, evolving practices, and how to incorporate current regulations.

This guide includes infection-prevention standards, regulations, and best practices, as well as instructions, examples, and tools to conduct surveillance and risk assessments.

“Making Health Care Safer II: An Updated Critical Analysis of the Evidence for Patient Safety Practices,” from the Agency for Healthcare Research and Quality, covers several topics of interest, such as preventing in-facility pressure ulcers, promoting a culture of safety, and human factors and ergonomics. The report lists 22 patient-safety strategies that are ready for adoption. You can access more information about these strategies, read a related special supplement from the Annals of Internal Medicine, and read a thoughtful commentary about the report, “Treat the system, not the error: Patient safety in 2013.”