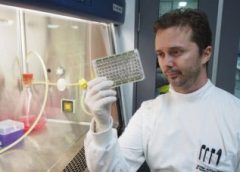 A substance found in parasitic worms’ spit might help prevent thousands of amputations a year, scientists in north Queensland have said. James Cook University researchers in Cairns are harnessing the molecule produced by a Thai liver parasite that can “supercharge” the healing of wounds.

Australian Institute of Tropical Health and Medicine parasitologist Michael Smout said non-healing wounds were of particular concern for diabetics and smokers. Dr Smout said the parasite used the molecule to keep its host healthy and prolong its own life. “It’ll live for a decade or two, and it’s munching around your liver, and zipping up the wounds as it goes,” he said. END_OF_DOCUMENT_TOKEN_TO_BE_REPLACED Bandages are intended to keep a dressing secure and clean in order to reduce healing time and infection rate. However, they may be about to get a new use-case, courtesy of a project from the United Kingdom’s Swansea University Institute of Life Science.

What researchers there have been working on is a new smart bandage capable of tracking how a wound is healing and sending that data back to doctors, via 5G technology. To do this it would employ tiny “nanosensors” able to fit comfortably within the fabric of regular bandages. END_OF_DOCUMENT_TOKEN_TO_BE_REPLACED The Center of Distinction Award was presented by Healogics, the nation’s leading and largest wound care management company. The center was also honored with the Healogics President’s Circle Award.

The awards recognize outstanding clinical outcomes for 12 consecutive months, including patient satisfaction higher than 92 percent, and a wound healing rate of at least 91 percent in less than 31 median days. END_OF_DOCUMENT_TOKEN_TO_BE_REPLACED A glass-based wound care product that emerged from research by a doctoral student at Missouri University of Science and Technology has been approved by the U.S. Food and Drug Administration for human use and is now available on the commercial market.

Steve Jung laid the groundwork for the Mirragen Advanced Wound Matrix while earning a master’s degree in ceramic engineering and a Ph.D. in materials science and engineering at Missouri S&T. Jung is now chief technology officer at Mo-Sci Corp., a Rolla specialty glass manufacturer that continued the product’s development in collaboration with ETS Wound Care, also of Rolla. END_OF_DOCUMENT_TOKEN_TO_BE_REPLACED 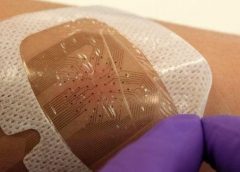 Smart bandages which can detect how well a wound is healing and send a progress report to the doctor will be trialled within the next year, scientists have said. The dressings are fitted with tiny sensors which can pick up blood clotting, or spot infections, and wirelessly send data back to a clinician. Swansea University, which is hoping to trial the bandages within 12 months, said the new technology could offer a personalised approach to medicine.

Currently patients with wounds are advised to return to the doctor in a certain amount of time. But each case may need a longer time to heal, or may have become infected before the visit. END_OF_DOCUMENT_TOKEN_TO_BE_REPLACED Laughlin Center for Wound Care and Hyperbarics has been honored as the Wound Care Center of the Year as well as recognized with a national award for continued excellence in wound healing by Healogics Inc., a wound care management company.

Leaders, physicians and clinicians from Laughlin Center for Wound Care and Hyperbarics recently gathered to celebrate the center’s receipt of the Robert A. Warriner III Center of Excellence award, according to a news release.

END_OF_DOCUMENT_TOKEN_TO_BE_REPLACED 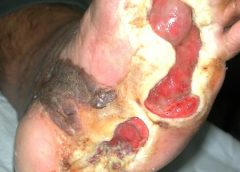 One of many dreaded tags from a Centers for Medicare & Medicaid Survey is F-Tag 314 — Pressure ulcers.

CMS writes, “Each resident must receive and the facility must provide the necessary care and services to attain or maintain the highest practicable physical, mental, and psychosocial well-being, in accordance with the comprehensive assessment and plan of care.” END_OF_DOCUMENT_TOKEN_TO_BE_REPLACED LUBBOCK, TX (NEWS RELEASE) – The Covenant Center for Wound Care & Hyperbaric Medicine has been honored as a Wound Care Center® of the Year by Healogics, Inc., the nation’s leading and largest wound care management company. The center also was awarded Center of Distinction and the President’s Circle Award.

The center has achieved patient satisfaction rates higher than 92 percent, a healing rate of at least 91 percent in less than 31 median days and healed almost 90 percent of its patients in less than 14 weeks. Out of the 630 Centers eligible in 2016, only seven centers across the country received this prestigious award. Covenant’s center was awarded as Center of the Year for the southwest region, which includes Texas, Oklahoma, Louisiana and New Mexico. END_OF_DOCUMENT_TOKEN_TO_BE_REPLACED 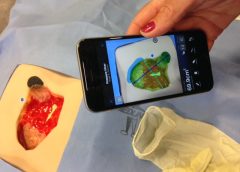 Nash UNC Health Care is continuing its effort to bring cutting-edge technology to the hospital. Wound care is a specialized form of treatment that focuses on helping patients recover from all types of wounds, both acute and chronic (ongoing).  The most common types of wounds are those that result from acute injuries, surgical procedures, diabetes, and pressure or bed sores.  Wounds can also result from radiation procedures that are part of a treatment plan for cancer, and they can be a result of vascular disorders. END_OF_DOCUMENT_TOKEN_TO_BE_REPLACED At a time when governments are under pressure to reduce healthcare costs, the global advanced wound care market is growing, driven by an aging population and rising incidences of chronic wounds.

Advanced wound care products are typically used to manage complex wounds, including burns, chronic wounds and complex trauma and surgical wounds. Chronic and complex wounds represent one of the predominant challenges to global healthcare systems because they are hard to heal and expensive to treat. END_OF_DOCUMENT_TOKEN_TO_BE_REPLACED MIRRAGEN™ represents a breakthrough discovery for chronic and acute wound management due to its unique borate-based fiber matrix. MIRRAGEN™ is packed into wounds to manage and control wound fluids, while the resorbable matrix provides an environment for optimal wound healing. To learn more about the technology, click here. END_OF_DOCUMENT_TOKEN_TO_BE_REPLACED