“Control of lower extremity edema in patients with diabetes: Double-blind RCT assessing the efficacy of mild compression diabetic socks” reports that the skin perfusion pressure of the medial calf increased in those using the socks, which the researchers say indicates that microvascular circulation in the region may have improved with mild compression.

A total of 80 patients were randomized into two treatment arms, and patients were followed weekly for 4 weeks. The study’s authors conclude that mild compression diabetic socks “may be effectively and safely used” in patients with diabetes and lower extremity edema.

Telemedicine may have limited value for monitoring diabetic foot ulcers “A randomized controlled trial comparing telemedical and standard outpatient monitoring of diabetic foot ulcers” reports no difference in the incidence of amputation between the two groups, but notes that telemedical monitored patients had higher mortality.

A total of 401 patients participated in the study, with similar demographics for the two groups. The study end points were complete ulcer healing, amputation, or death.

The authors of the study in Diabetes Care write the higher mortality “throws into question the role of telemedicine in monitoring diabetic foot ulcers” and call for more research. 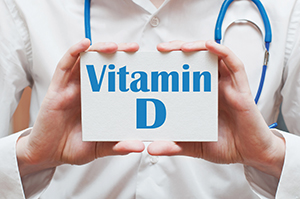 A small study of 27 patients published in the United European Gastroenterology Journal found that those randomized to take 2,000 U of vitamin D daily had significantly higher concentrations of serum 25-hydroxy­vitamin D and maintenance of intestinal permeability at 3 months, compared to those who took placebo. 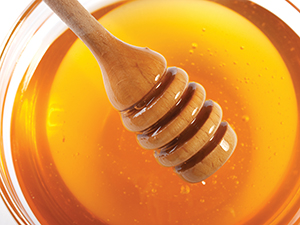 The January 22 policy article, from the Durable Medical Equipment (DME) Medicare Administrative Contractor (MAC), which introduced a new coverage standard and was the basis of the MEDIHONEY® products’ coding change from covered to noncovered codes, has been rescinded. An amended policy article, adopted by all four DME MACs and effective October 1, 2015, specifically confirms that coverage of multicomponent dressings that contain medicinal honey will be based on the underlying covered components. Neutrophil response may impair wound healing in patients with diabetes

Researchers disrupted the formation of NETs by eliminating or controlling expression of the PAD4 enzyme, but they note that pharmacologic intervention of PAD4 activity needs to be tested to see if it achieves the same benefits. The study, published in Ostomy Wound Management and conducted in two acute-care neurology units, added that the rate of incontinence-associated dermatitis stayed the same. Certain patients with cervical cancer can benefit from adjuvant chemotherapy after radical hysterectomy with fewer long-term complications, such as lymphedema, and a therapeutic effect that is not significantly different from adjuvant radiotherapy or concurrent chemoradiation therapy, according to a study in PLOS One.

The 267 patients studied in “Clinical role of adjuvant chemotherapy after radical hyste­rectomy for FIGO Stage IB-IIA Cervical Cancer: Comparison with adjuvant RT/CCRT using inverse-probability-of-treatment weighting” were followed for a median of 46.8 months.

DISCLAIMER: All clinical recommendations are intended to assist with determining the appropriate wound therapy for the patient. Responsibility for final decisions and actions related to care of specific patients shall remain the obligation of the institution, its staff, and the patients’ attending physicians. Nothing in this information shall be deemed to constitute the providing of medical care or the diagnosis of any medical condition. Individuals should contact their healthcare providers for medical-related information.