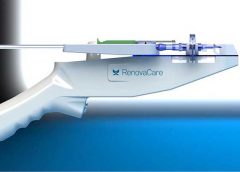 Pennsylvania state trooper Matt Uram was talking with his wife at a July Fourth party in 2009 when a misjudged spray of gasoline burst through a nearby bonfire and set him alight. Flames covered the entire right side of his body, and after he fell to the ground to smother them, his wife beat his head with her bare hands to put out his burning hair. It was only on the way to the ER, as the shock and adrenaline began to wear off, that the pain set in. “It was intense,” he says. “If you can imagine what pins and needles feel like, then replace those needles with matches.” END_OF_DOCUMENT_TOKEN_TO_BE_REPLACED